Director of Advice and Advocacy 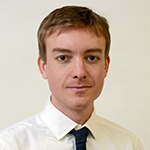 As Director of Advice and Advocacy James leads an agenda of policy research on issues from consumer market failures to welfare and public service reform. As part of his role, James oversees the organisation's statutory role as the official consumer advocate. James first joined Citizens Advice in October 2011 as Head of Consumer and Public Services and Campaigns.

James was formerly Director of Policy at the Resolution Foundation where he established and led a number of influential policy processes including the Bain review of the National Minimum Wage and the Commission on Living Standards. James worked previously as a Policy Advisor in both 10 Downing Street and the Cabinet Office and as a strategy consultant in the private sector.