The cost of loyalty: exploring how long-standing customers pay more for essential services

Loyalty is often seen as something to be encouraged, even rewarded. When a customer is loyal to a supermarket or coffee shop, for example, they often receive discounts or special offers from the business in return. 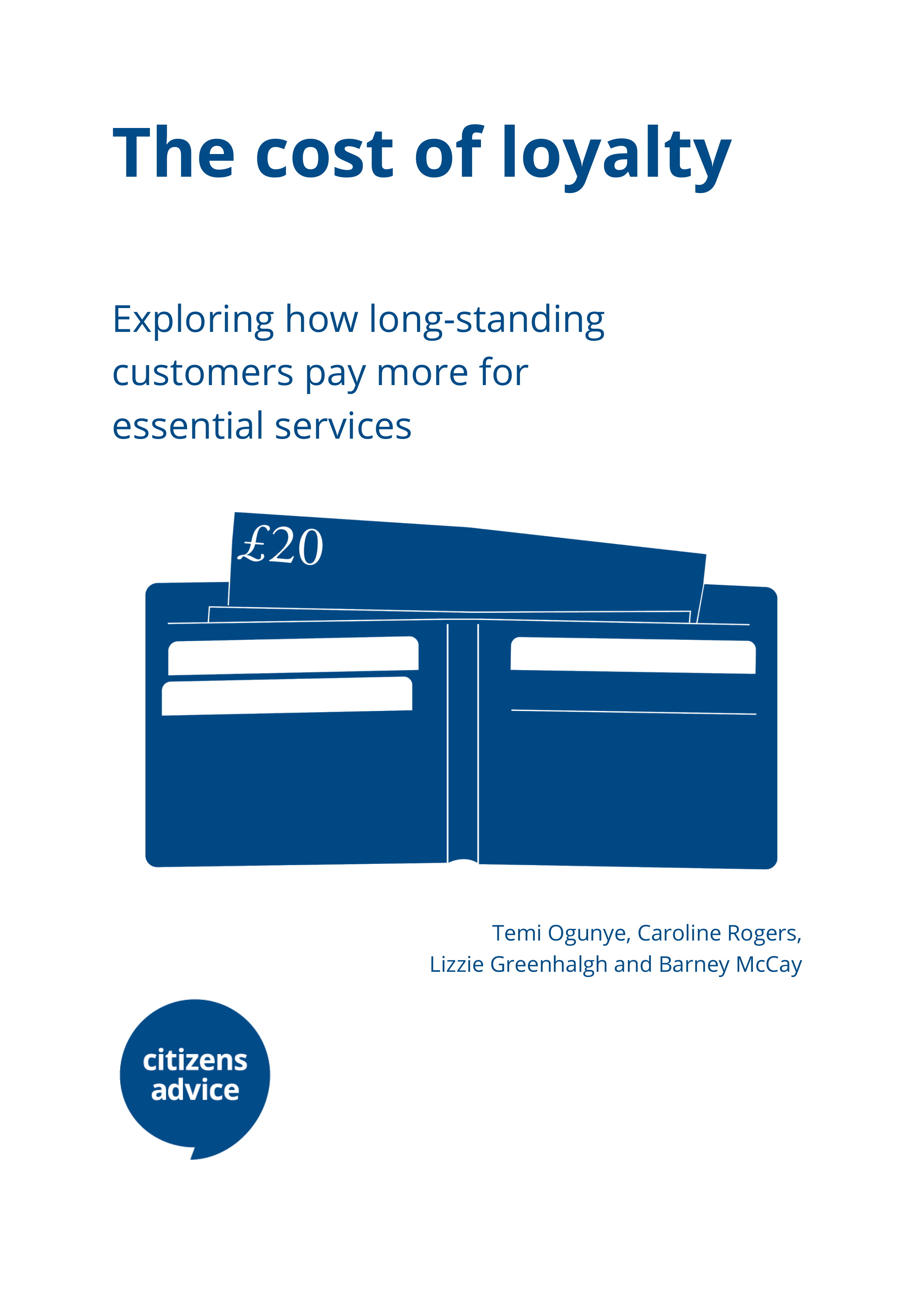 But when it comes to essential service markets - such as energy, mobile, broadband and financial services - things are different. Instead of being rewarded, long-standing customers often pay more. While this cost has been acknowledged in the energy market, it has not been widely recognised in other markets such as broadband.

This research [ 1.1 mb] shows how people face a ‘loyalty penalty’ across essential markets and could be overpaying by as much as £987 - more than 4 months’ worth of food for the average household. And it’s often vulnerable consumers who pay the most.

The loyalty penalty is not only unfair, it is bad for the economy too. This research finds that essential service providers undermine consumer choice, using processes which take advantage of people’s behavioural biases. This suggests that, even in ostensibly competitive markets, firms may lack strong enough incentives to develop innovative new products and improve customer service. Both consumers and the wider economy lose out.

Choice is hindered at three key stages of the consumer journey, leaving many on poor value deals:

Regulators and government should seize opportunities to address the loyalty penalty. They should adopt measures that promote choice, increase competition, and protect vulnerable consumers across essential markets:

The public’s faith that markets can deliver has been shaken. The government has opportunities in its Industrial Strategy and Consumer Green Paper to set out a positive vision for how they can work better for everyone.

Regulators and government have already shown a willingness to act. Just as they have committed to intervening in the energy market, they should be willing to take practical action in other markets where too many consumers are getting a bad deal and those least able to pay are often charged more.