The 2014 Taking Control of Goods reforms to bailiff law in England and Wales – which aimed to clean up the industry, ensure that bailiffs played by the rules and protect people from unfair practices – have had only limited success. 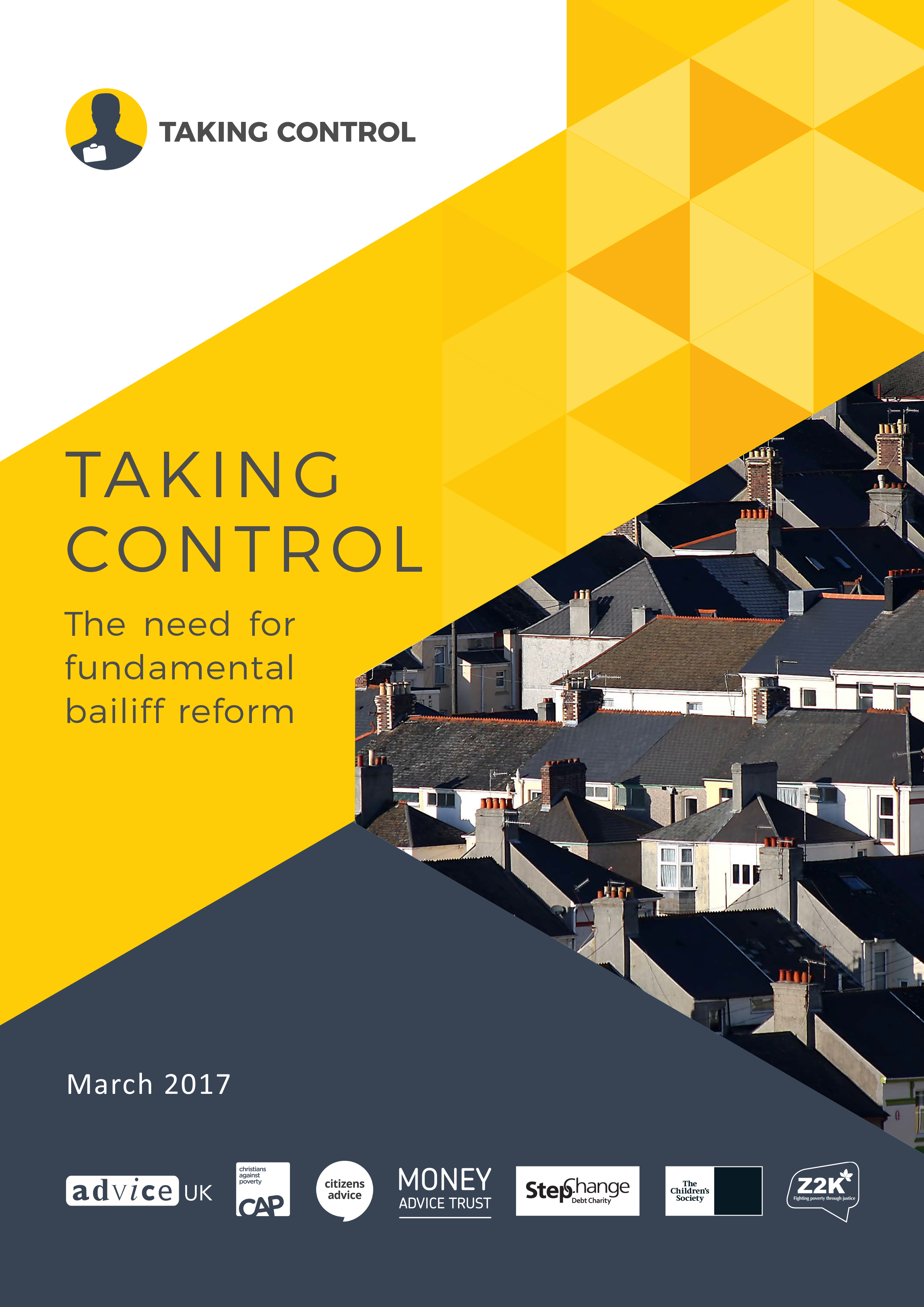 People contacting Citizens Advice still report widespread problems with bailiffs – now officially known as enforcement agents – and our evidence suggests that in the absence of an independent bailiff regulator, or a clear and accessible complaints mechanism, the new regulations are being contravened by many bailiffs in practice.

The reforms have also created some new problems through a new fee structure that incentivises bailiffs to escalate to enforcement action.

This repor [ 5.2 mb]t, presents our evidence - alongside evidence from 6 other charities - of continued problems with bailiff behaviour, ineffective complaints mechanisms, the difficulty of suspending bailiff action and problems arising from the new bailiff fee structure.

It present the benefits that further reform can bring, not only to people in debt, but to creditors, local and central government, and the bailiff industry itself. Our recommendations are: