It was with great sadness that we recently learnt of David Harker’s death. 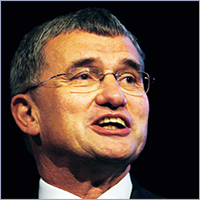 Many of us from across the Citizens Advice service will have worked with David during his 13 years as Chief Executive, and will therefore understand the huge contribution he made to our charity and to the millions of people we help year after year.

David’s passion and commitment to Citizens Advice was instrumental in strengthening our service and making advice more accessible to more people.

He recognised the financial pressures we face and worked hard to attract more funding; the first funding agreement for debt advice was secured under his leadership.

During his tenure, David introduced changes to service delivery and to data capture to give us better insights and evidence of the problems facing the country.

These changes made us more effective in providing advice and improving the policies and practices that affect people’s lives; and this is what we have built on and are known and respected for.

In his Equality Committee role, David was a constant champion of equality and diversity.

He took this work beyond the service to hold government to account and represent our clients.

Upon taking early retirement, David took up several non-executive positions in the public and voluntary sectors.

His commitment to the Citizens Advice service led him to start volunteering at his local bureau. He wanted to make society a fairer place for all – and pursued that goal through a range of public roles.

David was an open and engaged Chief Executive and from speaking to staff and volunteers we know that his passing will be a huge shock and a tremendous loss.

He always had time for those around him, no matter how busy he was.

Throughout his life he devoted himself to helping others. We owe much to David.

Our sincere condolences go to his family and friends.

A small private funeral will be held imminently; a memorial service will be organised later in year where all those who knew David will be welcome to pay their respects.

If you would like to leave a message of condolence to David’s family please email: davidharkercondolences@gmail.com