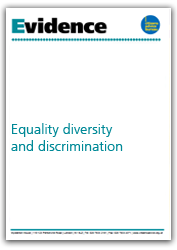 In April 2009, the Government Equalities Office (GEO) commissioned Citizens Advice to conduct research to identify the potential for intersectional multiple discrimination cases. The research aimed to:

In summary the research found: