This advice applies to Wales 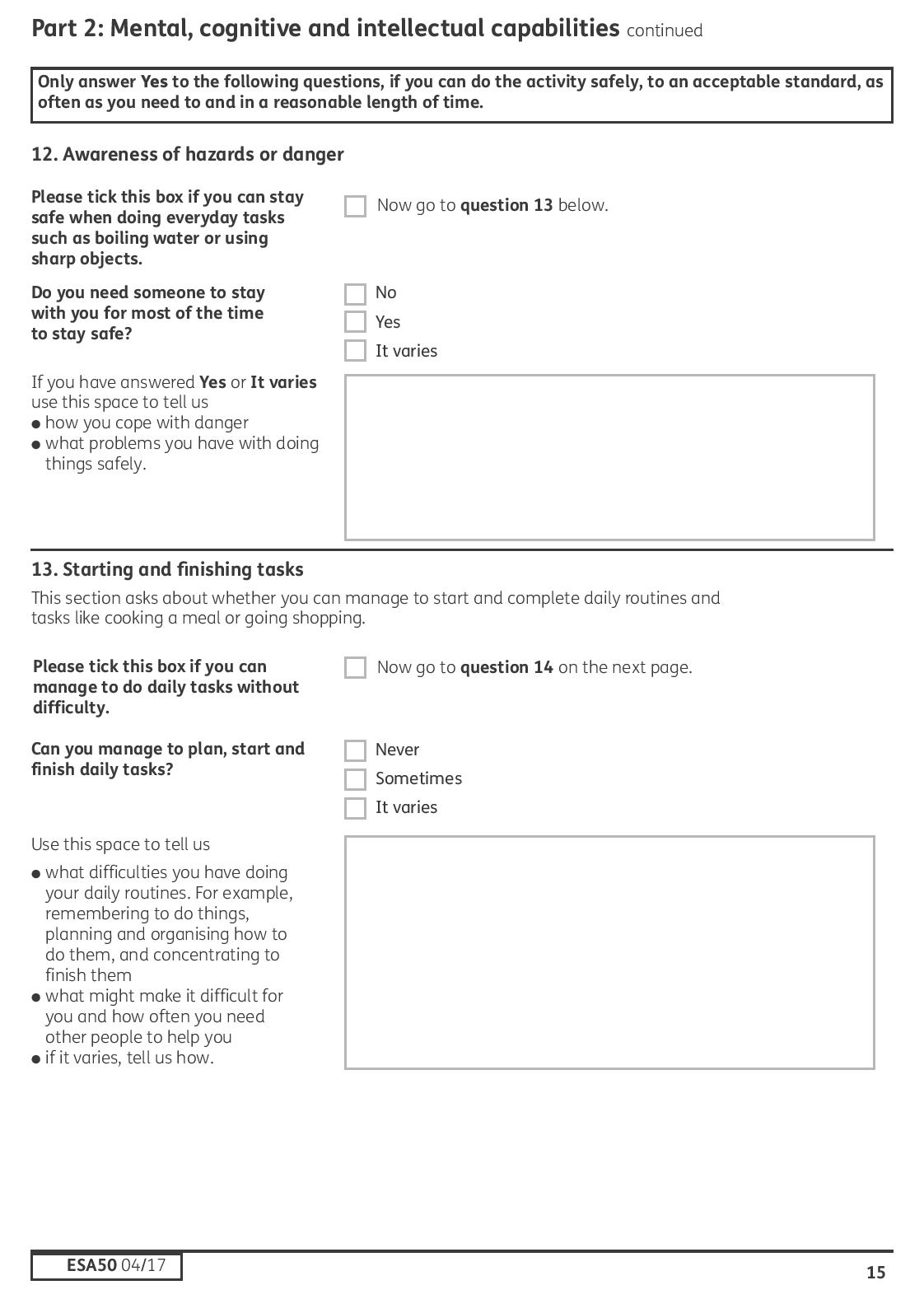 How to answer the question

This question is about whether you can plan, organise and complete at least 2 routine tasks, one after the other.

The DWP isn't asking about your physical problems in this question. They want to know whether you have a mental health condition that affects your ability to start and finish routine tasks.

"Can you manage to plan, start and finish daily tasks?"

Routine tasks are things including:

Think about whether you could complete 2 of these tasks, one after the other, for example before you leave the house to go to an appointment.

Think about whether you'd be able to do these and other routine tasks repeatedly during the same day.

What to write in the box

It's important you tell the DWP more by explaining your situation in the box.

It's important to explain whether:

Subhi says: "I have bipolar disorder, and often find it hard to do simple things like pay my telephone bill. I spend all of my money on the wrong things, so I often can't pay for the things I really have to - and it gets me in trouble.

"I sometimes think about paying my bill, and even get my credit card details ready, but I just never do it as I've spent all my money on something else. I paid it really late and got fined last month, as by the time I'd got enough money together, it was overdue."

Back to Help filling in your ESA form