The trustee board is led by our Chair, Warren Buckley. 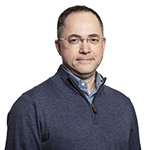 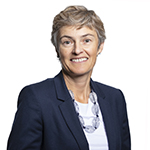 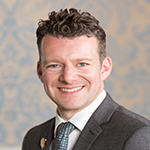 Dr Andrew Stephenson is Equinti’s (EQ) Chief People Officer. Andrew has a strong background in developing customer-focused cultures, which drive customer satisfaction and growth, and has led programmes focused on workplace wellbeing and diversity and inclusion. Andrew was HRO Today’s CHRO of the year for 2017 and has regularly featured on HR Magazines list of “HR Most Influential Practitioners”.

Previously he led HR and IT at both Waterstones Booksellers and Lookers plc.  During his career he has also worked for EY, DFS Furniture and Vodafone, and has been an independent advisor to the Customer Experience Committee of HMRC. Andrew has a doctorate in Business Administration, and a master's degree in Strategic Human Resource Management.

A Chartered Fellow of CIPD, Andrew is also a Chartered Manager and Fellow of CMI, a Fellow of the IMI and is a liveryman of the Furniture Makers Company.

Ann-Marie Harkin was born in Weston Super Mare, and was educated at La-Retraite High School in Bristol before attending Cardiff University to study French and German. Ann-Marie graduated in 1986 with a B.A. (Hons), moving then to accountancy, joining the National Audit Office in the same year as an Assistant Auditor.

Ann-Marie achieved CIPFA status with the NAO in 1989 having worked during this period auditing the Ministry of Defence in Bath and later the Welsh Office in Cardiff. As a senior and principal auditor with the NAO she enjoyed a varied role, encompassing financial and performance audit work in Wales and at the Research Councils in Swindon.

In 1999 Ann-Marie became the Private Secretary to the first Auditor General for Wales, and was involved in setting up the AGW’s office in Cardiff Bay and in establishing protocols for working with the National Assembly’s Audit Committee. After three years in this role she took on the role of Manager, managing audits for the Sports Council, Arts Council, DVLA and various charities.

Ann-Marie joined the Wales Audit Office on its formation in 2005, working as Financial Audit Director and Engagement Lead for several Health and Local Government accounts, the Senedd Commission, a number of Welsh Government Sponsored Bodies and North South and Gwent Police. Passionate about learning and development, Ann-Marie has also led the significant expansion of the Audit Wales trainee and apprentice programme and chairs the Finance Skills Development Group - a pan-Wales collaboration of Public Bodies which promotes the value and importance of a career in Public Finance. In 2016 Ann-Marie won the prestigious Leading Wales Women in Leadership Award.

In March 2021 Ann-Marie was appointed Executive Director of Audit Services. As the most senior audit professional within Audit Wales, she leads the delivery of financial and performance audit of over £17 billion public expenditure each year and is responsible for the development of strategic and professional relationships across the Welsh Government, Senedd, public sector, professional groups, UK and international audit agencies, academia, media and other relevant organisations.

Ann-Marie lives in Cardiff with her partner, five children and one grandchild. She enjoys reading and travelling.

Ashok Vaswani is the Chief Executive Officer of Consumer Banking and Payments overseeing the execution of plans for the Group's consumer banking, private banking and payments businesses across Asia, UK, Europe and the US.

Prior to this Ashok was the CEO for Barclays Bank UK, covering Retail Banking, Wealth, Business Banking and Barclaycard UK. Ashok joined Barclays in 2010, managing the credit card business across the UK, Europe and the Nordics, becoming Chairman of Entercard. He went on to manage Barclays in Africa, Barclays Retail Business Bank globally and Barclays Personal and Corporate Banking.

Ashok is a member of Barclays Executive Committee. In addition, Ashok serves as a Board Member for the London Stock Exchange Group and Pratham UK; and as a member of the Trustee Board at Citizens Advice. He also sits on the advisory boards of a number of institutions such as Rutberg & Co and is Founder Director of Lend-a-Hand, a non-profit organisation focused on rural education in India. Ashok has previously served as a Non-Executive Director for UK Finance, as well as on the Board of Barclays Africa Group Limited, the Board of Directors for Telenor ASA, and the advisory boards of S. P. Jain Institute of Management, Insead Singapore and Visa Asia Pacific.

Prior to Barclays, Ashok was a partner with a JP Morgan Chase funded private equity firm – Brysam Global Partners, which was focused on building retail financial service businesses in emerging markets.

Ashok has demonstrated a passion for building and managing businesses across the globe. He started his career in Mumbai, India and since then, has worked and lived in Asia, Europe, the Middle East and the US. Ashok spent twenty years with Citigroup. His last position at Citigroup was CEO, Asia Pacific. Ashok was also a member of the Citigroup Operating Committee, the Citigroup Management Committee, and the Global Consumer Planning Group.

Ashok was born in India, is now based in London with his wife, with a daughter who is working in San Francisco. 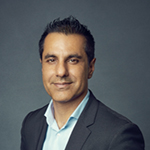 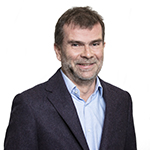 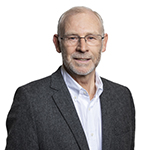 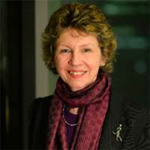 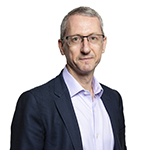