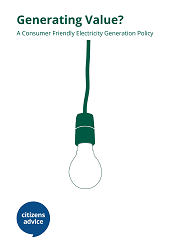 British energy consumers are paying for an experiment.  If it succeeds it will result in one of the widest-reaching and fastest economic overhauls in human history. This is being done to decarbonise the UK economy, helping international efforts to prevent excessive global climate change.

Consumers’ money has been spent via a number of policies, on a number of different energy producing and energy demand reducing technologies. As UK energy policy has developed, the value for money of each pound spent on decarbonisation has varied considerably.

It also addresses the current precarious position of the government’s low carbon spending plans. It shows how unwise technology choices have exacerbated the problems with the government’s budget control, and puts forward an alternative that would reduce the burden on consumers in the short term and ensure that the most cost-effective options for addressing climate change are prioritised.

The UK has put itself at the forefront of global efforts to tackle climate change. The Climate Change Act, passed in 2008, legislates to cut British greenhouse gas emissions by 80% before 2050 compared to 1990 levels. Getting there will be expensive, and UK consumers will have to pay for it. It is essential, both to protect consumers and to ensure that policy gets as much environmental benefit for the pound as it can, that money is spent prudently.

An efficiently run decarbonisation policy is likely to be expensive; consumers should not have to bear the additional burdens created by an inefficient one.