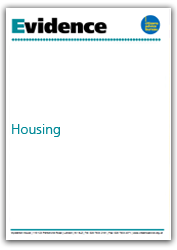 The financial crisis and recession have fuelled a rising tide of mortgage arrears and repossessions. Government, lenders and regulators have taken welcome action to protect people from losing their homes unnecessarily.

Our advisers see evidence of these initiatives working in many cases, but also some gaps. We asked those giving last minute advice to people at court on the day of their repossession hearings about the details of 452 cases they had seen in county courts in England in July 2009.

This report suggests the tide of mortgage repossessions has not yet turned. It calls for further action by lenders, regulators and Government to strengthen help to protect people from avoidable homelessness.