Submission to the European Regulators Group for postal services: implementation of the USO on the postal sector in view of market developments 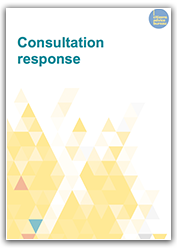 Postal volumes are declining in almost every country in Europe. This trend is apparent in most postal markets worldwide. When looking to the future of the USO, EU Member States have already begun to undertake changes to reduce the burden and cost of the USO by instituting reductions in the number of delivery days per week, postal establishments and collection boxes, removing of bulk mail, reducing the weight of domestic parcels to 10 kg in the aim of reducing heavier parcels and packages, and changing quality of service targets (reduction of post offices, frequency of delivery and removal of D+1 services).

This had occurred under the umbrella of the EU Community Postal Policy Framework, which states that the universal postal provider (USP) must provide a ‘minimum range of services of specified quality …in all Member States at affordable prices for the benefit of all users, irrespective of their geographical location [and] ensure[s] that the needs of users, the interests of employees and the general importance of the postal sector for the economic, cultural and social development and cohesion of the Community (including the special difficulties encountered by remote regions) are taken into account when regulating the sector.’

Outside the EU, reforms such as the move to community mailboxes have been undertaken as ways to sustain the long term sustainability of universal service. Within the context of regulation of postal services within EU law, while being subject to national regulation, it remains the imperative to accommodate differences in geography, culture, usage, habits and behaviour, socio economic factors at a national level. Each EU Member State  is in different stages of economic development, for instance, what works for digitisation of mail in one State, may not work in another State, due to different broadband infrastructure, accessibility and development timelines.

Given these potential significant differences in digital e-substitution and user habits across EU Member States, a one size fits all approach to significant changes to the USO to ensure its long-term sustainability is not possible.

Postal services across the UK continue to play a key role in facilitating communications, despite the challenges from digital technology and the consequential reduction in letter volumes. The postal service is pivotal in the delivery of physical items, especially those purchased online, which has resulted in a significant increase in parcel volumes. Royal Mail, as the designated provider of the universal service (providing the service six days a week, at geographically uniform affordable prices), is still the most dominant operator within the wider postal market. It handled approximately one billion parcels and 13 billion addressed letters in 2013/14.  However, alternative end-to-end postal operators are handling increasing volumes of addressed letter mail.

As the statutory representative for consumers of postal services across the United Kingdom, we believe that the role of the USO to maintain a social safety net for postal users that protects social inclusion and cross border trade, while also protecting the needs of each Member state, remains vital. This submission will provide recommendations for the future of the universal service obligation (USO) within the UK context. The submission highlights relevant consumer research on the variations between different areas, population density, age groups, and socio economic environments across the nations of the UK, as a basis for change where it is seen effective in improving choice, competition and price for consumers in the postal sector.