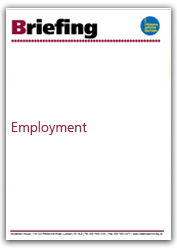 Threatened civil recovery against those accused of shoplifting or employee theft

Citizens Advice Bureaux report dealing with a growing number of cases of threatened civil recovery against those accused of shoplifting or employee theft. The vast majority of these reported cases involve “dedicated civil litigators” Retail Loss Prevention (RLP), who claim to have recovered millions of pounds on behalf of many high street retailers such as Boots, Tesco and TK Maxx. The remainder all involve the retailer Asda, which conducts its own claims through law firm Drydens Lawyers.

In the vast majority of these CAB-reported cases, the value of the goods or cash allegedly stolen is relatively small – often just a few pounds. But letters from RLP and Drydens demand substantial sums as compensation for “the loss and damage caused by your wrongful actions” (RLP) or “the security costs incurred as a result of your actions” (Drydens), and threaten county court proceedings if prompt payment is not made. Some letters from RLP have also stated that “the personal information we hold [on you]” will “now be held on a national database of incidents of dishonesty”.

Most of the CAB clients concerned are young – one in six of those who received a letter from RLP were under 17 at the time – and many are sufficiently ashamed and/or intimidated by the threat of court action and escalating costs to pay up without challenge. However, both RLP and Drydens have failed to provide clear evidence that the civil courts have consistently and explicitly supported, at contested trials, the recoverability of the sort of sums they routinely demand in cases involving a relatively minor, low-value and one-off alleged offence. In the absence of such evidence, Citizens Advice considers such claims letters, and their threat of escalating costs, to constitute ‘deceitful’, ‘unfair’ and ‘improper’ business practice, as defined by the Office of Fair Trading.

Citizens Advice does not condone crime of any kind or level, and does not underestimate the monetary and other costs of retail crime. However, the ends of deterring crime or recovering its cost do not justify any means. If retailers, dissatisfied with the level of governmental action against retail crime, are to seek civil redress, they must do so using means that are transparently fair and proper. Unreasonable demands? sets out recommendations to the Ministry of Justice, the Home Office, the British Retail Consortium and others that civil recovery be limited to cases involving serious, determined or persistent offences for which there has been a criminal conviction.