Things can only get beta: An opportunity to get financing costs right for consumers

Things can only get beta [ 400 kb] shows that consumers could potentially save up to £4.3bn in the next energy networks price control. 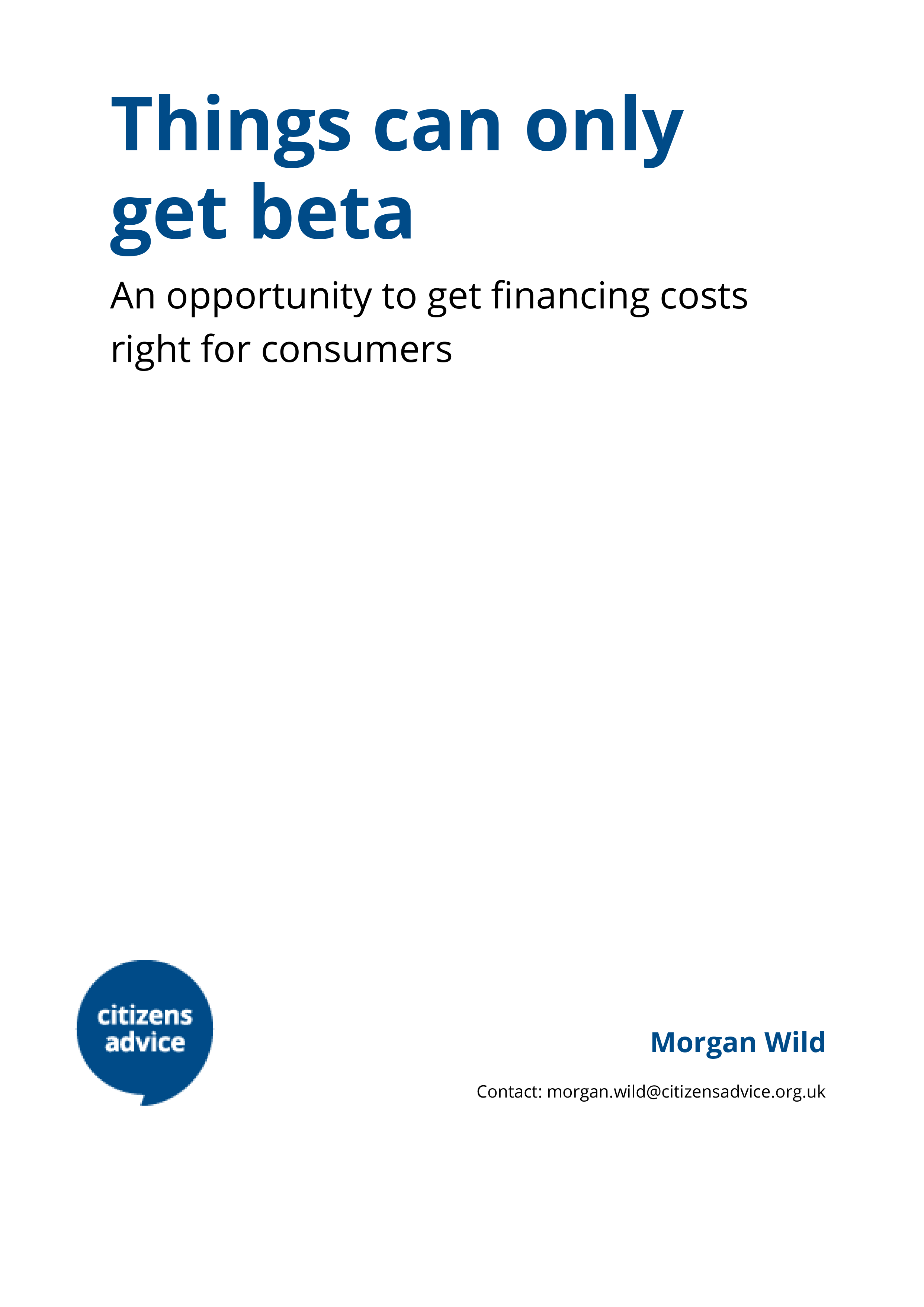 Much of the basic infrastructure of our economy - the pipes and wires that take electricity, gas and water to your home, many of the cables that provide our internet connections, our sewers, our rail tracks, our larger airports - are natural monopolies.

Competition here is limited: while there can be competition at the retail end over (for example) customer service and the cost of energy, it doesn’t make sense to build competing wires and pipes to connect these services to your home. Regulators therefore set limits on the amount of revenue these infrastructure companies are allowed to collect.

This paper focuses on the cost of financing this infrastructure - in particular, the underlying risks that are one of the primary drivers of how much it costs to attract investment - and, consequently, of household energy bills. Specifically, it deals with a concept in financial theory called the equity beta - a numerical measure of risk.

Regulators have a duty to set prices at a rate that enables necessary investment, but does not overreward investors at the cost of consumers. It is a duty they have not succeeded in: as the previous Chief Executive of Ofwat, the water regulator, has argued, "over the past twenty years, the direction of error has been consistently in favour of companies rather than customers.”

As they decide the next round of price agreements with companies, regulators have the opportunity to - arguably for the first time - err on the side of consumers. Early signs are positive: both Ofgem, the energy regulator, and Ofwat have indicated that firms should expect far lower profits. Many energy network companies have already recognised that their profits are excessive and voluntarily returned or deferred investment, reducing consumers’ current bills by £390m.

But more needs to be done. In particular, regulators still overestimate the underlying risk of these monopoly businesses. It has always been intuitively plausible that these are low risk businesses: their revenue is all but guaranteed by regulators. And as lower risks require lower reward, this has material consequences. Regulators assumed a much higher risk than can be justified, with higher bills as a consequence.

A landmark study into capital costs, commissioned by regulators, suggests where they may have been going wrong. Three of its authors suggest that the risks to investors - the equity beta - could be significantly lower than previously thought. Using an alternative methodology, the best estimate of underlying risk falls significantly. For the energy market alone, we estimate that the additional consumer savings could be up to £4.1bn - that is, over and above the £5bn reduction in company profits that Ofgem has already indicated is plausible.